FIECAT Foundation is a voluntary association of people. Located at Tallinn, Estonia.

Custody and maintenance of CROAT Coin’s source code (catalonian crypto coin). Associate with its community; helping them to impulse new technological innovation projects. Participate, through collaborations, with all kind of entities: Universities, Generalitat, European Union’s departments, international associations and companies;  to achieve innovation projects in which CROAT can be empowered as a catalonian product.

Board of Trustees & organization chart 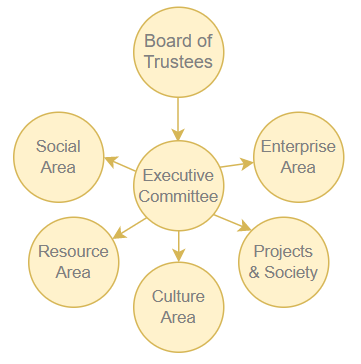 According to what’s specified in the statutes of the Private Foundation FIECAT, relative to ‘Foundation’s Heritage and Economic Activities’, the Heritage remains linked to the achievement of foundational purposes.

Such heritage is composed of:

The founding capital, constituted by the initial endowment that appears in the foundational document.

For all assets and rights of economic content that the Foundation accepts and receives in order to increase the founding capital.

For all income, fruit, income and products, and other assets incorporated into the Foundation’s assets by any title or concept.

FIECAT Foundation has also a technological heritage: it is the custodian of open source blockchain code and all the tools that cannot be decentralized from the core of CROAT (#CatalonianCryptocoin). FIECAT has no participation whatsoever in market dynamics related to CROAT. Our mission is to protect this catalonian heritage and help any company or individual willing to dynamize its integration around the world. FIECAT is not responsible for any misuse of a decentralized asset within the reach of any private initiative. FIECAT reserves the capacity to present itself as affected part in any legal lawsuit involving damage to the image and viability of the catalonian crypto coin.

Enter to consult the Foundation’s objectives for next year.

And, in case of any doubt, e-mail us or fill a form.